Antisemitism after the Holocaust until Today 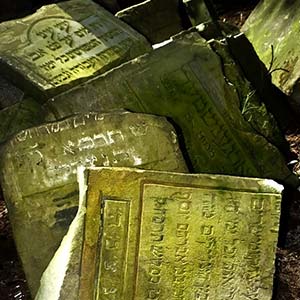 Instructor
Alvin H. Rosenfeld
Location
Please check with the office of the registrar for next semester or contact instructor
Course Description

We have seen a rise of antisemitism in recent years in Europe but also in other countries, including the United States. While traditional forms of Jew-hatred tend to recede, new variations gain ground. After Nazism was defeated and the horrors of the Holocaust became public, antisemitism in its racist forms became illegitimate in most societies. However, somewhat curiously, antisemitic attitudes and behavior continue to be a worldwide phenomenon today. They are often manifested in irrational attacks against the Jewish State of Israel, but also in distortions and denial of the Holocaust or in physical attacks against Jews. Jews have become a preferred target of terrorists. Antisemitic messages are often spread online and can be endemic in some social media circles. What are the roots and sources of antisemitism? Why and in what forms does antisemitism persist today? What are factors in society that advance or contain antisemitism? What can be done to contain or combat antisemitism, especially in social media? We will examine the most significant antisemitic myths in their historical and social contexts, including Holocaust denial and antisemitism expressed in anti-Zionism. We will see how some older myths, such as the image of Jews as murderers of God, usurers, and conspirators, as well as the blood libel are still relevant today.

Students will complete the course with an increased understanding of the irrational motives involved in Jew-hatred, how antisemitism is similar to and different from other prejudices, as well as the multiple sources from which it derives. Students will also learn how to conceptualize and conduct an academic research project.