Muslim-Jewish Relations in the 20th Century 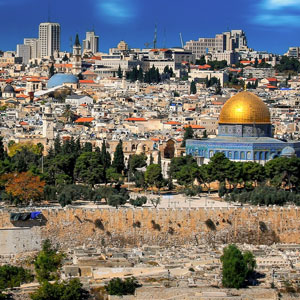 Instructor
Günther Jikeli
Days and Times
Not taught this semester, please check with the office of the registrar for next semester or contact instructor
Course Description

Muslims and Jews have lived together in many countries over the centuries, mostly in countries with Muslim majorities and under Islamic rule. The decline of the Ottoman Empire, the colonization of North Africa, the establishment of the State of Israel, and the migration of Muslim communities to Western countries, where both Muslims and Jews form significant ethnic and religious minorities today, brought significant changes. This course offers an investigation into Muslim-Jewish relations in the 20th century and the opening decades of the 21st century, focusing on North Africa, the Middle East, Europe, and the United States. Cooperation between Muslims and Jews will be highlighted but tensions and violent conflicts will also be discussed.

The course will emphasize class discussion and encourage a high proportion of independent work. The goal is to gain a deeper understanding of the complexity and multifaceted nature of Muslim-Jewish relations in recent times. Course activities will include: (1) Doing the assigned readings before each class session; (2) participating in class discussions; (3) submitting short writing assignments; and (4) writing a longer paper and offering a class presentation. Students are encouraged to attend one or two public lectures on themes related to the subject matter of this course by visiting scholars. Extra credit will be given to students who attend these public lectures and thereafter submit brief response papers.