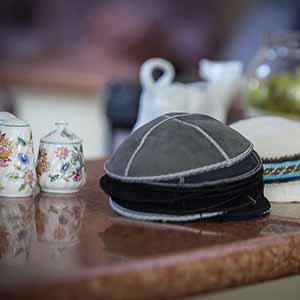 Irrational and often lethal hatred of Jews has a history of over 2000 years. The “Othering” of Jews and the entrenchment of difference has been a precondition for the exclusion of Jews. Antisemitism made its first appearance in the ancient world, later intensifying in waves in Christian Europe and, to a lesser extent, in Islamic countries. Antisemitic myths became deeply embedded in Western culture. Racial and genocidal antisemitism rose with 19th century nationalism and culminated in the attempt by Nazi Germany to indiscriminately wipe out every member of the Jewish “race”. After Nazism was defeated and the horrors of the Holocaust became public, antisemitism in its racist forms became illegitimate in most societies. However, somewhat curiously, antisemitic attitudes and behavior continue to be a worldwide phenomenon today. They are often manifested in irrational attacks against the Jewish State of Israel in a context of increasing political polarization, but also in distortions and denial of the Holocaust or in physical attacks against Jews. What are the historical roots of antisemitism? Why and in what forms does antisemitism persist today? What are factors in society that advance or contain antisemitism?

Students will complete the course with an increased understanding of the irrational motives involved in antisemitism, how antisemitism is similar to and different from other prejudices, as well as the multiple sources from which antisemitism derives. We will study antisemitism from multiple angles, including historical, social, philosophical, and psychological perspectives.