The Romanian Orthodox Church and the Holocaust 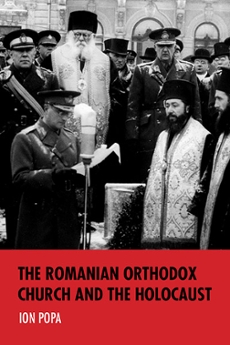 In 1930, about 750,000 Jews called Romania home. At the end of World War II, approximately half of them survived. Only recently, after the fall of Communism, are details of the history of the Holocaust in Romania coming to light. Ion Popa explores this history by scrutinizing the role of the Romanian Orthodox Church from 1938 to the present day. Popa unveils and questions whitewashing myths that covered up the role of the church in supporting official antisemitic policies of the Romanian government. He analyzes the church's relationship with the Jewish community in Romania, with Judaism, and with the state of Israel, as well as the extent to which the church recognizes its part in the persecution and destruction of Romanian Jews. Popa's highly original analysis illuminates how the church responded to accusations regarding its involvement in the Holocaust, the part it played in buttressing the wall of Holocaust denial, and how Holocaust memory has been shaped in Romania today.