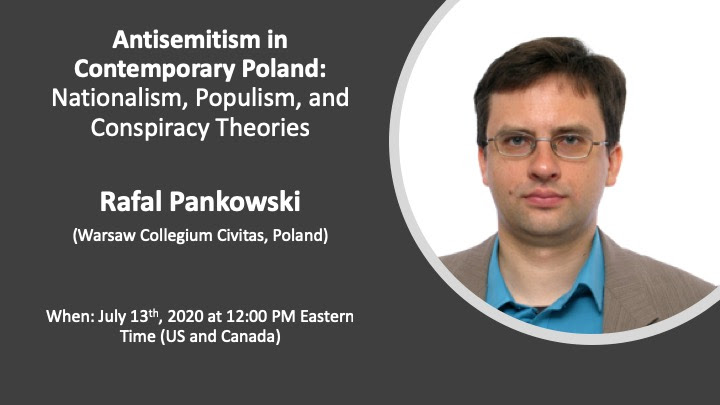 Among other subjects, this talk highlights antisemitism as part of the radical nationalist tradition, the rise of the far right from the streets to the parliament, the persistence of antisemitism as a phenomenon and a tool of political mobilization, and antisemitism and COVID-19 conspiracy theories.

Professor Rafal Pankowski is a sociologist and political scientist with academic degrees from Oxford University and Warsaw University. He teaches at Warsaw’s Collegium Civitas and heads up the important monitoring agency “Never Again.” His research and writing focus on populism, nationalism, and right-wing racism and antisemitism. His publications include The Populist Radical Right in Poland and The Resurgence of Antisemitic Discourse in Poland.

Back to Webinar Program